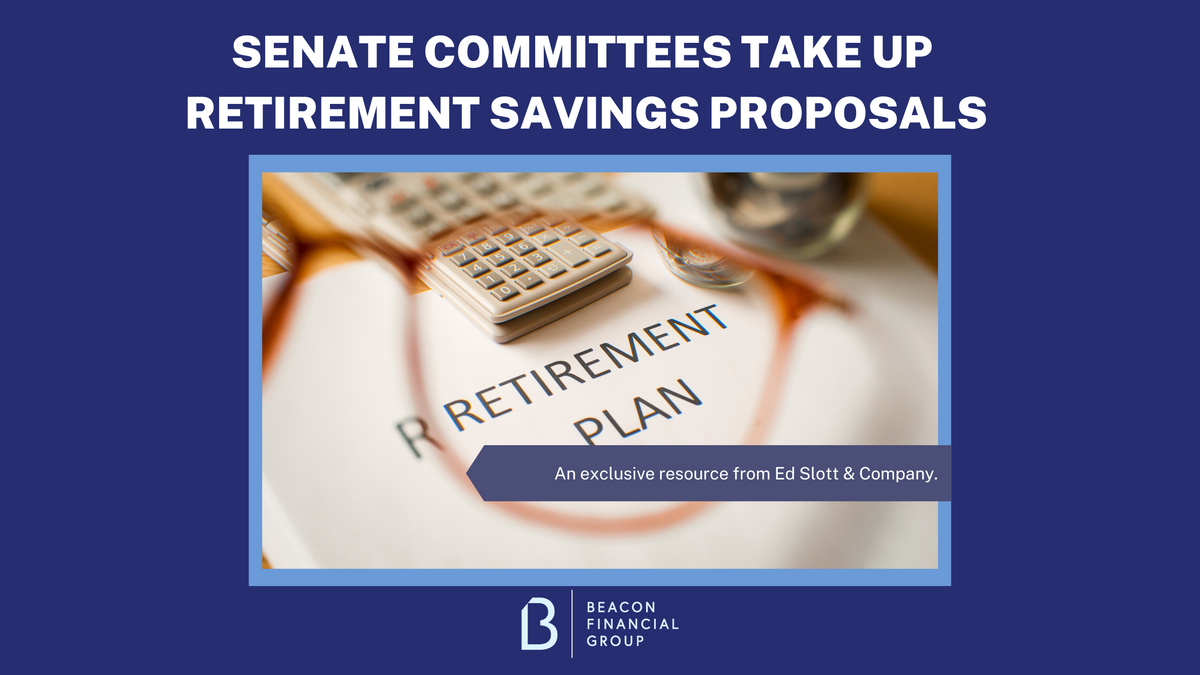 Proposals to boost IRA and workplace plan savings are advancing, but they are not law yet. Several actions must occur before the proposals become law.

On March 29, the House passed the “Securing a Strong Retirement Act of 2022.” Now, two different Senate committees are taking up the subject. On June 14, a Senate committee (Health, Education, Labor and Pensions) unanimously approved the “Retirement Improvement and Savings Enhancement to Supplement Health Investments for the Nest Egg Act” (the RISE & SHINE Act). The RISE & SHINE Act deals with company plans only.

Today (June 22), a separate Senate committee – the Senate Finance Committee – is taking up its own bill, called the “Enhancing American Retirement Now Act” (EARN Act). The EARN Act deals with both IRAs and company plans. It is similar to, but not the same as, the House-passed bill.

The Senate Finance Committee is expected to pass the EARN Act. If that happens, the EARN Act and the RISE & SHINE Act will likely be combined into one Senate bill. The combined bill will then be taken up by the full Senate. If passed by the full Senate, the Senate bill will have to be reconciled with the House bill and approved by both houses of Congress before being sent to the President.

These bills are often referred to as “SECURE 2.0” because they expand on the original SECURE Act from December 2019.

Here's how the House-passed bill and the Senate EARN bill compare on several key changes:

This information is not intended as authoritative guidance or tax advice. You should consult with your tax advisor for guidance on your specific situation.

Ed Slott and Company is not affiliated with LPL Financial